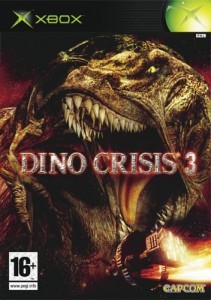 More than 500 years in the future. On a spaceship name Ozymandias. You and your partners are on a search-and-rescue mission: piece together the space-craft?s mysterious re-appearance after a 300-year absence. Armed with hyper-speed booster units and an arsenal of futuristic weaponry, you?ll confront ferocious space mutations and evolved forms of dinosaur creations in your quest to solve the mystery.

Please support this website by adding us to your whitelist in your ad blocker. Ads are what helps us bring you premium content! Thank you!
This site uses cookies: Find out more.